The introduced screw dataset comprises a wide variety of device types, including damaged and deformable devices, as would be expected in a realistic disassembly scenario. Data were recorded under various lighting conditions, rotations, and device movements were employed. Recordings were made using a multi-camera configuration to obtain more informative views. Images captured from a close distance with a camera mounted on a screwdriver and a hand-held camera from various angles. Additionally, images from a greater distance were captured using cameras in fixed positions at a maximum distance of 90 cm.

The screw dataset consists of 945 high definition 1280×720 images, 4, 414 screw instances and 4.7 screws per image. Blur estimation was employed to exclude blurry frames from the annotation process. The dataset includes annotated data in COCO format for three different computer vision tasks: instance segmentation, object recognition, and semantic segmentation. From these images, 52.7% were recorded in a laboratory environment and 47.3% recorded in WEEE recycling plants. In the training, validation, and test sets, there are 765, 90 and 90 fully annotated frames, respectively

Examples from the dataset: 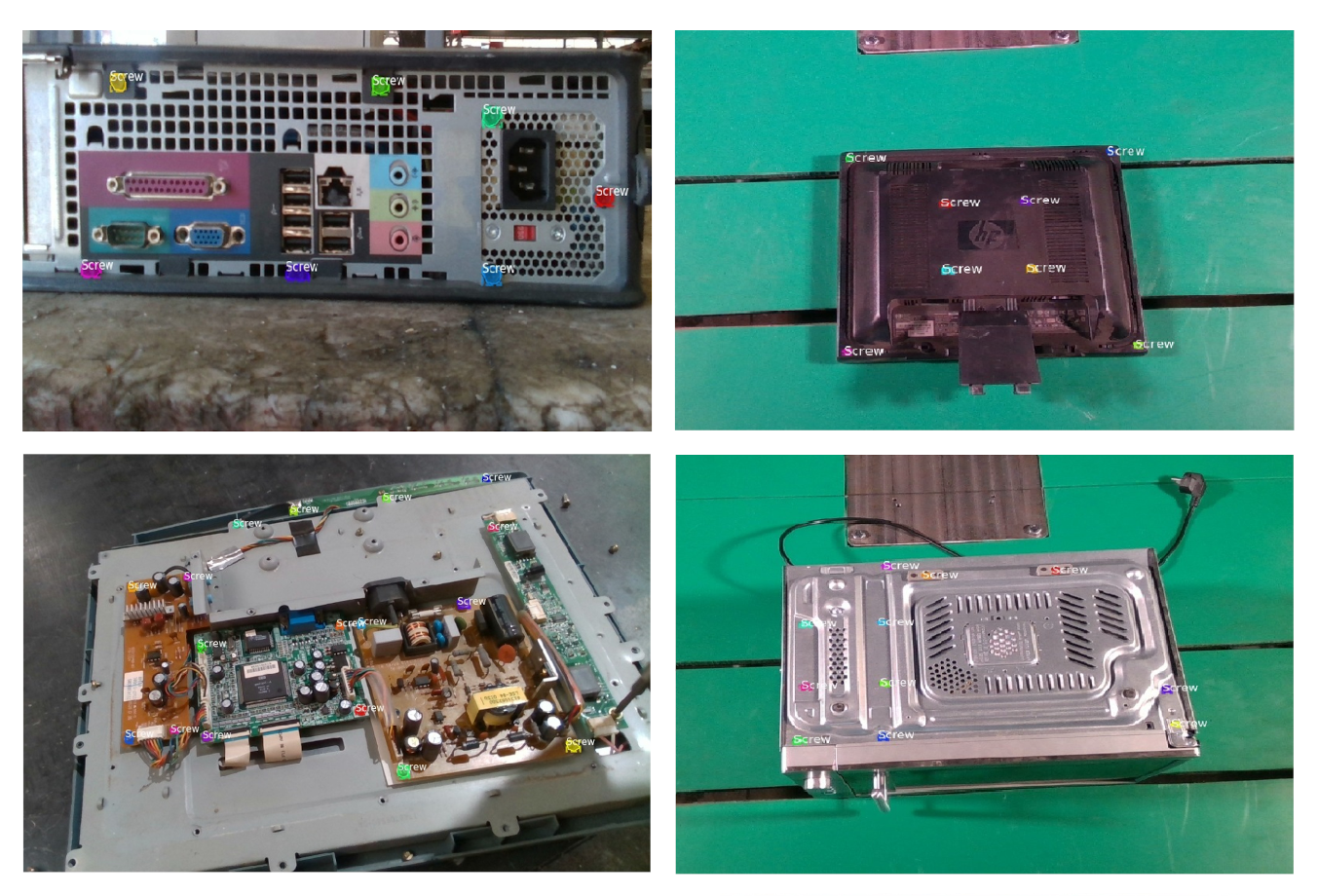 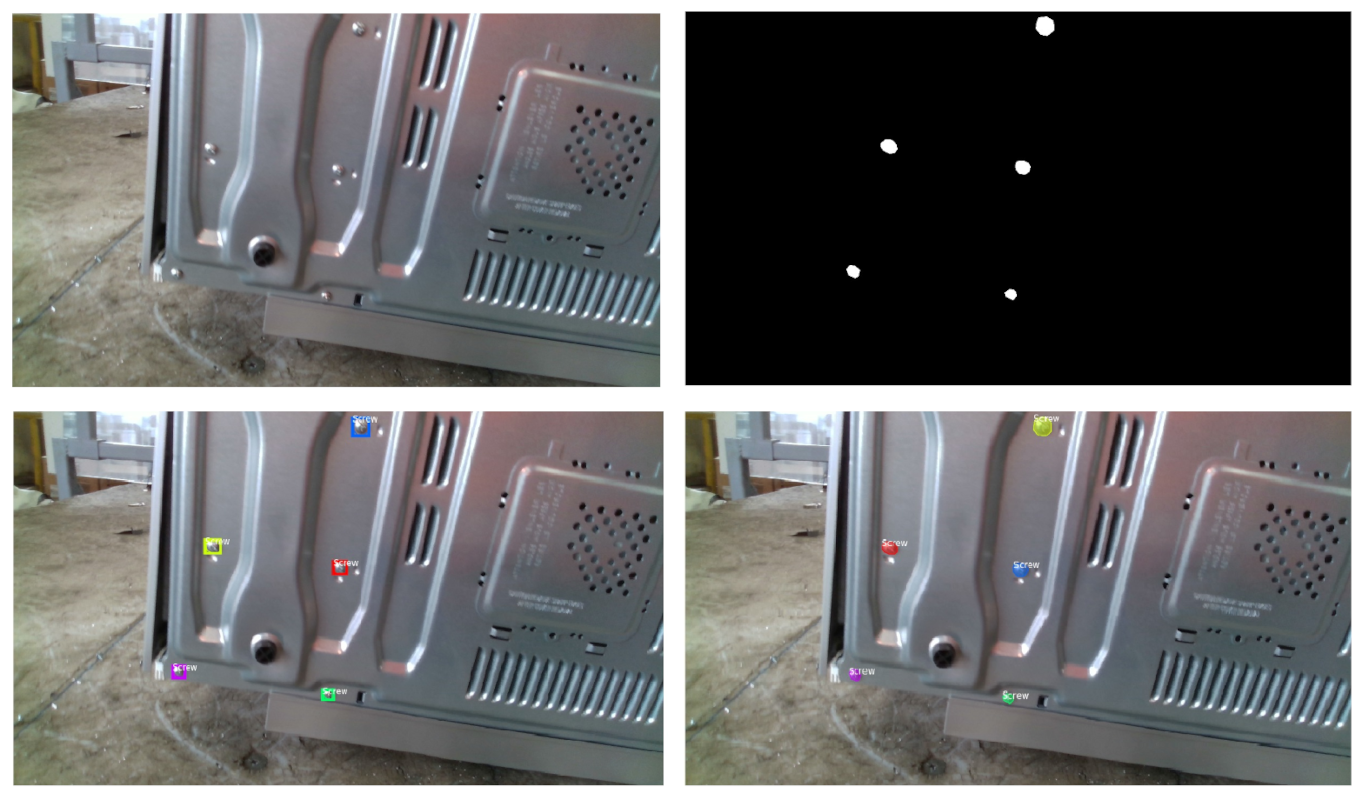 The focus of the Visual Computing Laboratory is to develop new algorithms and architectures for applications in the areas of 3D processing, image/video processing, computer vision, pattern recognition, bioinformatics and medical imaging.